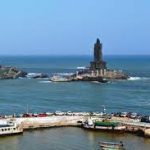 Kanyakumari, a popular tourist destination in India, it is famous for its unique ocean sunrise, sunset and moonrise, the 133-feet Thiruvalluvar Statue and Vivekananda Rock Memorial off the coast, and as a pilgrimage centre 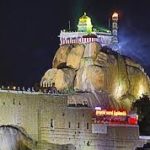 Tiruchirappalli is one of the oldest inhabited cities in India. Its recorded history begins in the 3rd century BC, when it was under the rule of the Cholas. The city has also been ruled by the Pallavas, Pandyas, Vijayanagar Empire, Nayak Dynasty, the Carnatic state and the British. 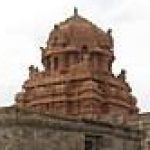 Tiruppur is a major textile and knit wear hub contributing to 90% of total cotton knit wear exports from India.The textile industry provides employment to over six lakh people and contributed to exports worth ₹200 billion (US$2.8 billion) in 2014 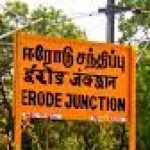 Erode is an agricultural, textile and a BPO hub and among the largest producers of turmeric, hand-loom and knitwear and food products. 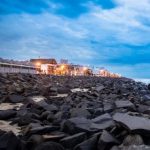 Pondicherry is the capital and the most-populous city of the Union Territory of Puducherry in India. The city is in the Puducherry district on the southeast coast of India and is surrounded by the state of Tamil Nadu, with which it shares most of its culture, heritage and language 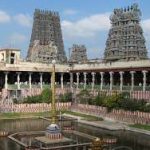 Madurai is closely associated with the Tamil language, and the third Tamil Sangam, a major congregation of Tamil scholars said to have been held in the city. The recorded history of the city goes back to the 3rd century BCE, being mentioned by Megasthenes, the Greek ambassador to the Maurya empire, and Kautilya, a minister of the Mauryan emperor Chandragupta Maurya. 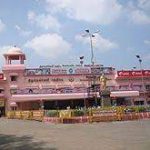 Tirunelveli is an ancient city, and is more than 2,000 years old. Tirunelveli is believed to be an ancient settlement of great importance. It has been ruled at different times by the Early Pandyas, the Cheras, the Medieval Cholas and Later Cholas, the later Pandyas, the Vijayanagar Empire and the British 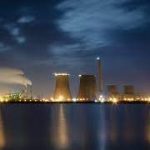 Thoothukudi is known as &#8220;Pearl City&#8221; due to the pearl fishing carried out in the town. It is a commercial seaport which serves the inland cities of Southern India and is one of the sea gateways of Tamil Nadu. It is also one of the major seaports in India with a history dating back to the 6th century AD. 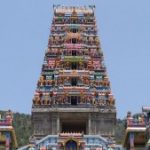 Coimbatore (Tamil: Kōyampuththoor), also known as Kovai or sometimes spelt as Covai, is a major city in the Indian state of Tamil Nadu. It is located on the banks of the Noyyal River and surrounded by the Western Ghats. Coimbatore is the second largest city in Tamil Nadu after Chennai and the 16th largest urban agglomeration in India as per the census 2011 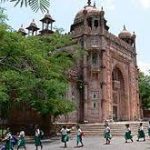 Chennai is the capital of the Indian state of Tamil Nadu. Located on the Coromandel Coast of the Bay of Bengal, it is one of the largest cultural, economic and educational centres of south India. 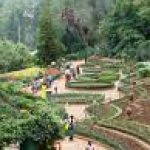 Ooty is situated in the Nilgiri Biosphere Reserve. Many of the forested areas and water bodies are off-limits to most visitors in order to protect this fragile ecosystem. Some areas of the Biosphere Reserve have been earmarked for tourism development, and steps are being undertaken to open these areas to visitors whilst conserving the area 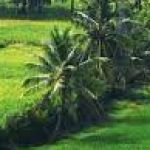 Agriculture and textile industries contribute majorly to the economy of the town and is popularly known as the rice bowl of western Tamil Nadu.

Register/Login here to add your listing